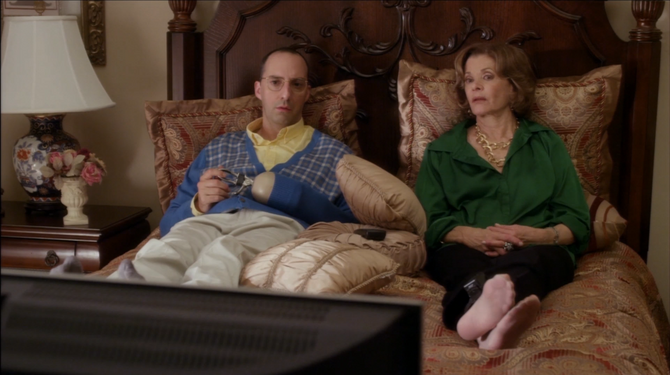 The Bluth family frequently use the phrase "hot mess" to describe each other in Season Four. It gained popular usage after the designer Christian Siriano used the term on the fourth season of Project Runway.

Turn this article from a simple frozen banana into a G.O.B. special. Help out by expanding it!
In "Borderline Personalities" Oscar tells Dr. Norman they have a "hot mess" when George Sr. passes out

Retrieved from "https://arresteddevelopment.fandom.com/wiki/Hot_mess?oldid=38593"
Community content is available under CC-BY-SA unless otherwise noted.