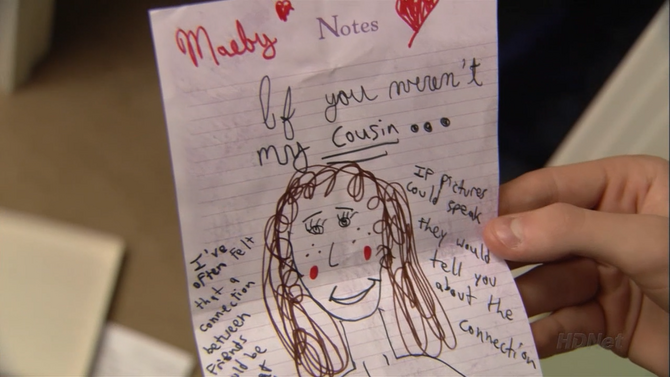 There have been many suggested incest issues throughout the show's run. The most notable is George Michael Bluth's secret love for his cousin Maeby Fünke.

George Michael Bluth first showed feelings for his cousin Maeby Fünke in the "Pilot" after she tried to annoy her mother by kissing him. The attempt failed (her mother took no notice), but it had a noticeable impact on George Michael. He became an ardent fan of the French film Les Cousins Dangereux (and the poor American remake Almost Cousins). He also uses DNA test Maeby to see if she is really related to him. The two kiss in the "Righteous Brothers" to see if it can make their feelings go away but the model home begins to sink into the floor. In the season three finale "Development Arrested", George Michael tells his father, Michael Bluth, about his feelings. Michael tells George Michael that he and Maeby are not cousins and that Maeby's mother, Lindsay (Michael’s “sister”) is adopted. He continues to say that they should not hook up because they are still family.("Pilot") 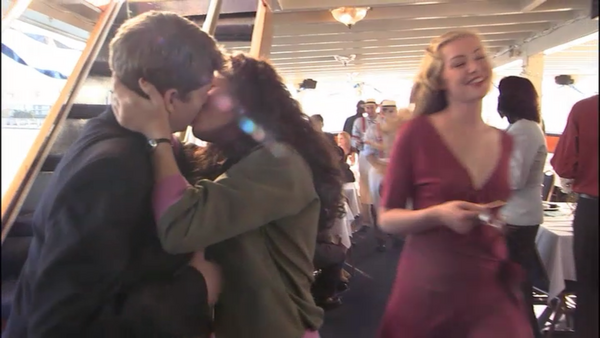 Maeby Fünke exhibits interest in Steve Holt, who is also eventually revealed to be her cousin (fathered by G.O.B.). The two kiss in the first season when Maeby portrayed Benedick and Steve portrayed Beatrice in the school play Much Ado About Nothing. ("Bringing Up Buster") They dance at the school's Diversity Dance. ("Shock and Aww")

Maeby and Steve begin dating but don't take it to the next step. Instead, Maeby drugs Steve Holt with a forget-me-now pill. George Michael then informs her that Steve is their cousin. ("Forget-Me-Now") 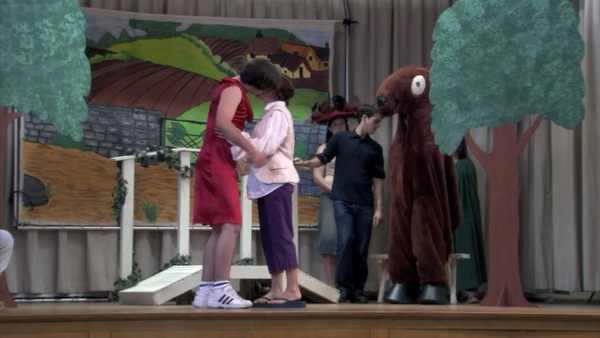 When Annyong begins attending high school and is invited to the Diversity Dance by Maeby, George Michael says "great, another uncle to compete with." ("Shock and Aww")

When George Michael begins to show interest in Ann, Maeby tries to get his attention by kissing Annyong. Annyong is temporarily smitten by her, mimicking the relationship between George Michael and Maeby in "Pilot". ("Let 'Em Eat Cake")​​​​ 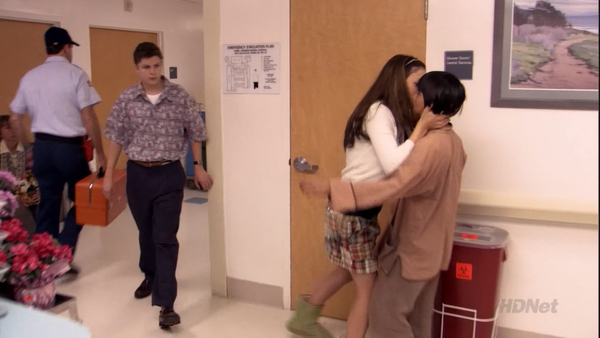 Lindsay displays interest in Steve Holt, unaware that Maeby is trying to woo him. Maeby convinces Steve that Lindsay is a transvestite and Lindsay backs off when she realizes Maeby is attracted to Steve. ("Sad Sack") 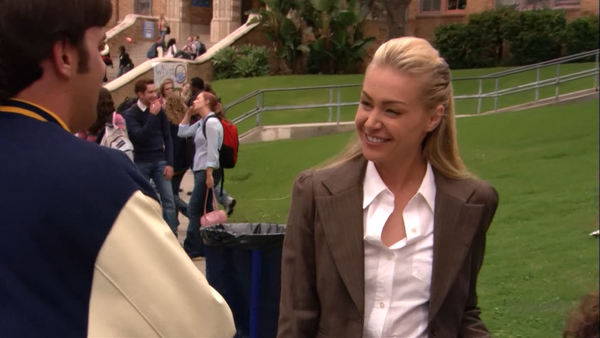 In Season Four George Michael doesn't recognize Lindsay wearing the wig and says "Gentlemen start your engines" after looking at her from behind. This mirror Michael's scene.

When the family business is failing, they call upon Uncle Jack to bail them out, saying it's not the first time Lucille has "taken a bullet" for the company. In season 5 it's mentioned that he also used to date Lucille's mother before her, and by dating Lindsay it appears that he has dated 3 generations of the family. Throughout the episode it is constantly mentioned that he is not actually anyone's uncle.("Ready, Aim, Marry Me") 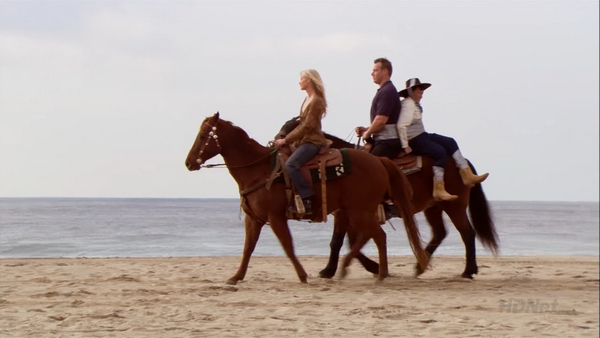 Rita Leeds, Michael's mentally challenged girlfriend, has her limited mental capabilities attributed to her parents being cousins according to her Uncle Trevor. ("The Ocean Walker")

This theme is also explored in the episode "Family Ties" through the character of Nellie, whom Michael thinks for a time might be his older sister, but who herself presumes Michael is interested in her for sex. The fact that Nellie is played by Jason Bateman's real life sister Justine Bateman (who also starred in the 1980s sitcom Family Ties) lends the plot line an additional layer of comic complication.("Family Ties")

During Season Five a relationship between Murphybrown and Tobias is hinted. Everybody assumes that Murph is Tobias' partner, not acting partner.

During Season Five Murphybrown often says that his half-sister, Maeby is rather very hot, without knowing she's his sister. This happens in "Sinking Feelings" and is later mirrored "Check Mates" when they are both dressed as elderly women and Murph defines Maeby as rather quite attractive

In the season three finale "Development Arrested" it is revealed that Lucille Bluth and George Bluth adopted Lindsay before Stan Sitwell — their business rival — could. With this new information, Lindsay tries to seduce Michael, but he persuades her out of it. G.O.B. then tries to seduce Lindsay but she denies him. ("Development Arrested") In Season Four Michael doesn't recognize Lindsay wearing the wig and says "Gentlemen start your engines" after looking at her from behind. ("Flight of the Phoenix") This mirror George Michael's scene.

Oscar Bluth, George Bluth identical twin brother, also (very blatantly) hints that he is Buster Bluth's real father, through his relationship with Lucille Bluth. When Buster first learns of the truth, he exclaims, "My father is my uncle!"