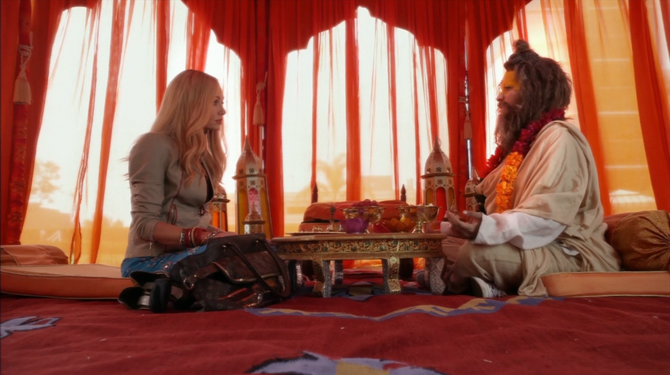 Lindsay tries to reclaim her sense of self while traveling and getting back to her political activist roots.

After finding out she was adopted and that her mother was being arrested for defrauding Bluth Company investors, Lindsay and Tobias met at the harbormaster's lodge to talk about their future. Lindsay decided to call it quits with Tobias and to take some time off to discover what's important to her in her life. After reading the first two thirds of Eat, Pray, Love she decided to visit India for a spiritual awakening.

Lindsay took a flight to India where, after a brief shopping spree (because she grabbed the wrong luggage at the airport) she met with a Shaman. The Shaman told her that was most important to her was at her home. The concierge informed her that her AmEx card was maxed out and her Shaman visit was cancelled. Lindsay looked back and saw her Shaman's tent has disappeared and was replaced with an ostrich.

Back at Balboa Towers Lindsay announced to her family that she was going to make things work with Tobias. Also, Lucille was going to give her some of the family stimulus money if she testified at her hearing. Tobias and Lindsay visited James Carr to buy a modest new home but he fixed them up in a lavish mansion with a predatory loan.

Upon realizing Lindsay's testimony needed to be believable in order to receive any stimulus money, Tobias and Lindsay decided to visit a Method Acting clinic, actually a methadone clinic. Lindsay again lost hope in Tobias and ran into Marky Bark. The Fünkes, Marky Bark, and his girlfriend DeBrie went to C.W. Swappigan's for dinner and while Tobias and DeBrie were off in the restroom Lindsay thought Marky's ostrich farm was a divine sign so she and Marky absconded to start a new life together. Although the lovemaking was short and the dance sessions long, Lindsay became happy. Until she woke up under a giant pecking ostrich.

Each character has a specific instrument that plays along with the title music: Michael has a trumpet, George has a guitar, Lindsay has a sitar and guitar.

In the chronological re-cut of season 4, footage from Indian Takers is used in 5 different episodes. The original cut of Season 4 is slightly longer than the re-cut version. Because of this, various lines of dialogue and sometimes even scenes are cut. These changes, as well as which scenes appear in which remixed episode, are listed below:

Tobias: Let's give it another shot... to the head. Kill it.

Concierge: Would you like a Deep Wisdom or just a light Ego Cleanse? 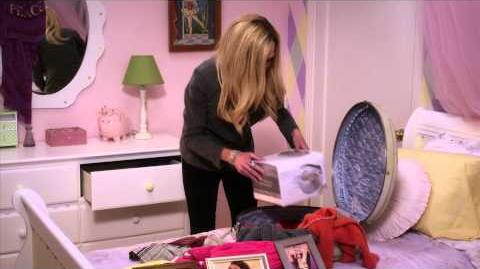 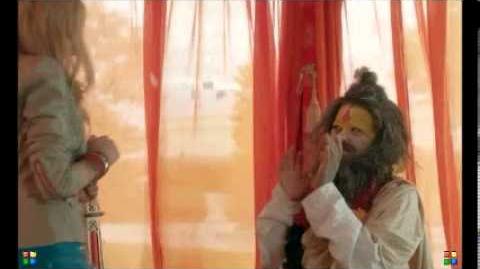