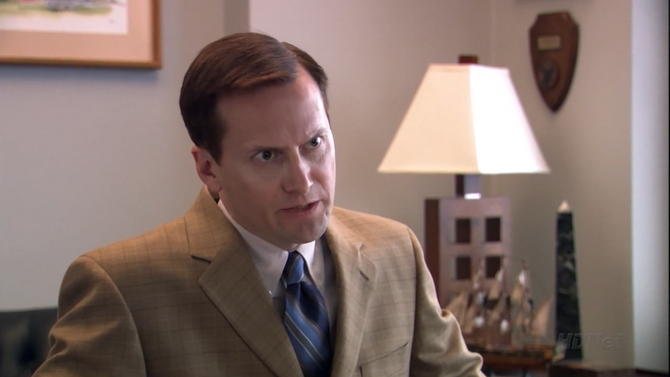 Ira Gilligan was a fraudulent accountant for the Bluth Company
Actor: Michael Hitchcock — First Appearance: "Best Man for the Gob"

Ira Gilligan is the Bluth Company's accountant who appeared in the episode "Best Man for the Gob".

Ira discovered a large sum of money missing from the Bluth company's accounts. He said that if he was asked to testify, he wouldn't lie. In order to stop him from testifying, George made a plan to make Ira believe he had killed a stripper at G.O.B.'s bachelor party, and send him out of the country. The plan failed, and Ira left, claiming to testify against the horrible Bluth family.

Michael deduced that Ira had stolen the money, and that he had fled the country with the stripper. ("Best Man for the Gob")

Though his full name is Ira Gilligan, he prefers to be called "Ira", as opposed to "Gilligan", a fact which both G.O.B. and George Sr. ignore.