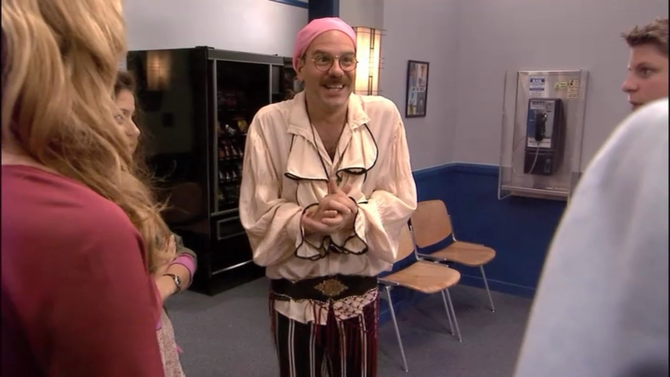 A recurring joke on Arrested Development is Tobias' more-than-likely homosexuality. In Season Four Tobias is shocked to learn the family assumes he is gay based solely on the way he acts and the words he chooses. He decides to addresses the issue but ends up further down the rabbit hole — as a convicted child predator.

Below are the instances of him displaying homosexual traits.

Retrieved from "https://arresteddevelopment.fandom.com/wiki/Is_Tobias_gay%3F?oldid=53557"
Community content is available under CC-BY-SA unless otherwise noted.