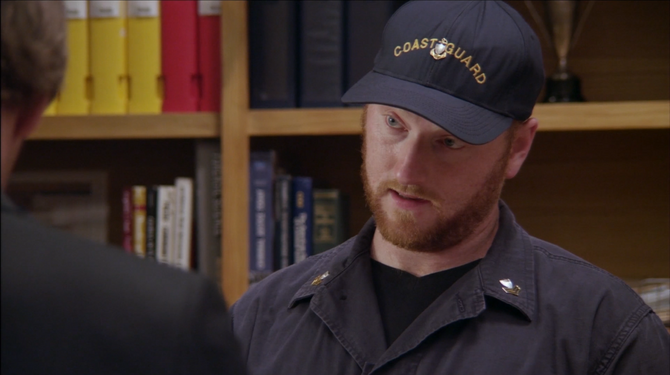 Jackson is a member of the United States Coast Guard who processes the Bluth family after the RMS Queen Mary sunk on February 10, 2006.

He helps George Bluth, who was not on the Queen Mary find his wife Lucille at the Harbormaster's Lodge. ("Borderline Personalities") He asks Lindsay if she is a member of the Bluth family, or a victim of their recent acts. She decides that she's a victim. ("Indian Takers")

Retrieved from "https://arresteddevelopment.fandom.com/wiki/Jackson?oldid=55074"
Community content is available under CC-BY-SA unless otherwise noted.