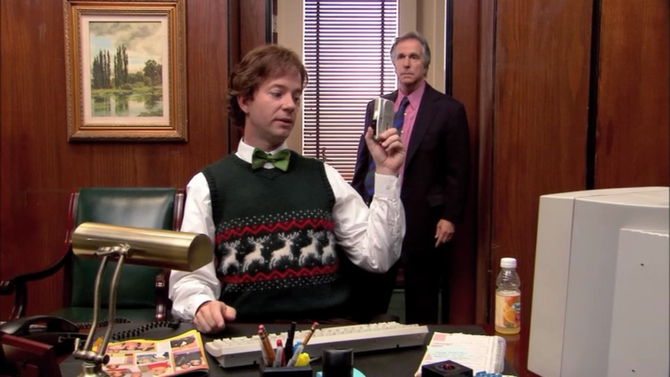 He sued Barry for discrimination against his homosexuality and was represented by Wayne Jarvis. ("In God We Trust") He later attended Tobias's book reading of The Man Inside Me at Livres Aux Folles and told him that the book would sell "like, a million copies." ("Let 'Em Eat Cake")

He later tried to join Army and was called "private homo" and sued his commanding officer. He again was represented by Wayne Jarvis. ("Sad Sack")

Barry Zuckerkorn promised to take James Alan Spangler to Reno, but left him at the office. ("The Cabin Show")

Retrieved from "https://arresteddevelopment.fandom.com/wiki/James_Alan_Spangler?oldid=35299"
Community content is available under CC-BY-SA unless otherwise noted.