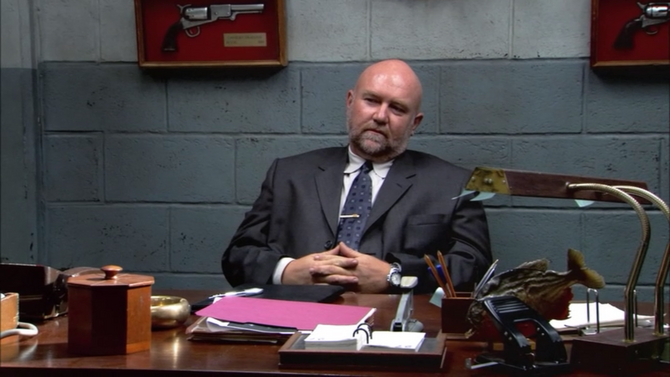 James Buck is a warden of Orange County Prison. He was replaced by Stefan Gentles.

When G.O.B. requests to be incarcerated in the Orange County Prison, Warden Buck admitted him not because he was a fan of magic, but because he was curious as to the beatings G.O.B. would receive. ("Key Decisions")

Warden Buck did not consider G.O.B.'s "escape" a real magic trick so G.O.B. decided to deliver a strongly-worded letter in opposition. Warden Buck ran into G.O.B. in the parking lot and detained him against a conjugal trailer Lucille and George were inside. ("Visiting Ours")