Jessica Walter (anuary 31, 1941 - March 24, 2021) was a American actress known for the films Play Misty for Me, Grand Prix, and for her role as Lucille Bluth on Arrested Development.

She was a series regular for the first half of season one of 90210 as Tabitha Wilson, provided the voice of the character Fran Sinclair in the TV series Dinosaurs, and starred as the title character of the television series Amy Prentiss for which she won the Emmy Award for Outstanding Lead Actress in a Miniseries or TV Movie.

She provided the voice for Malory Archer in the FX animated series Archer.

From 1983 until his death in 2019, Walter was been married to actor Ron Leibman, with whom she co-starred in Neil Simon's play Rumors and on Archer. They also appeared together as husband and wife in the film Dummy and in Law & Order (in the episode "House Counsel") and he joined the cast of Archer, playing her character's new husband. 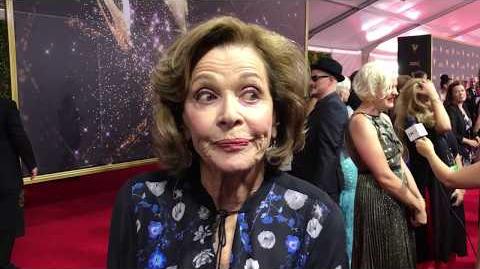