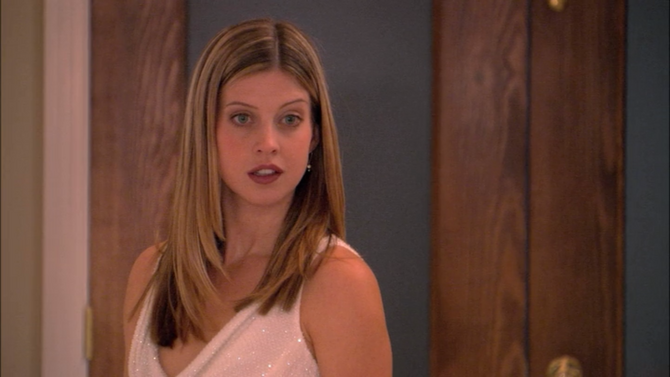 Jessie Bowers is a publicist that is briefly hired to work for the Bluth family by Michael to improve their public relations.

Jessie met Michael at the gym during a spin class where they flirted for a couple of months. Unfortunately Michael was rusty as flirting so Jessie had to break the ice and give him her number. When he told her he was Michael Bluth she gave him her personal number.

She then proceeded to be the Bluth family's publicist and date Michael at the same time. She advised Tobias to get his psychiatrist licence back, G.O.B. to do charity work, Lindsay to get a job, and Buster to stay out of the public's view. She continued to push her and Michael's relationship further than Michael got concerned about George Michael's feelings and asked Jessie if they could take things slower. She took things two steps back and dropped the family as her client.

Out of vengeance, she planted a story about Lucille and Lindsay in the newspaper and told George Michael he was getting in the way of his father's happiness. Michael tried to smooth things over with her at Rud to get her help on covering up G.O.B.'s murder of Earl Milford, but found out what she said to George Michael and let his mother and sister fight her. ("Public Relations")