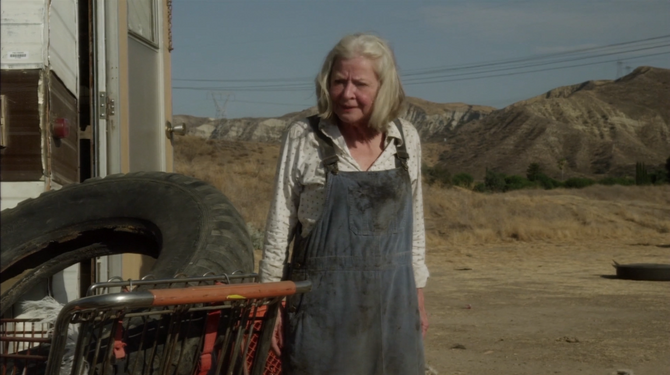 Joan is Wife of Johnny Bark and is Marky Bark's mother. Joan lives with her son Marky on his Ostrich Farm. Like her son Marky, Joan also suffers from Face Blindness. 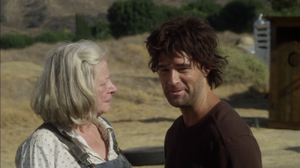 Joan works at Johnny Bark's Bee Company with her husband Johnny Bark; the company was failing because the bees were sick. Johnny later died by getting swarmed by bees and falling from a tree.  (4x7 — "Colony Collapse")

She also works at Marky Bark's Ostrich Farm, helping Marky bread Ostriches.Joan is a frequent drug user, she demands Marky to get her some Mescaline; which is a recreational drug. She also suffers from face blindness, as she mistakes Lindsay for DeBrie; probably because Lindsay cut her hair so short.

Ma Bark hosts Tobias and Murphybrown at her farm. She gives Tobias a job as a mailman. (5x7 — "Rom-Traum") She offers Tobias 500 dollars for Murph, but Tobias refuses. She remains at the farm while Tobias, Murph and DeBrie (who Ma Bark believed to be Lindsay) go back to Newport Beach. (5x8 — "Premature Independence")

Retrieved from "https://arresteddevelopment.fandom.com/wiki/Joan_Bark?oldid=53826"
Community content is available under CC-BY-SA unless otherwise noted.