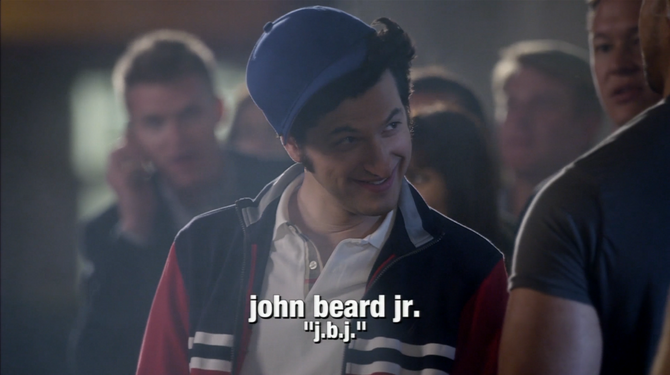 John Beard Jr., also known as J.B.J. is the son of anchorman John Beard. He is a weekend weatherman an all-week party boy, and a huge disappointment to his father. He is a member of Mark Cherry's entourage.

Retrieved from "https://arresteddevelopment.fandom.com/wiki/John_Beard_Jr.?oldid=53930"
Community content is available under CC-BY-SA unless otherwise noted.