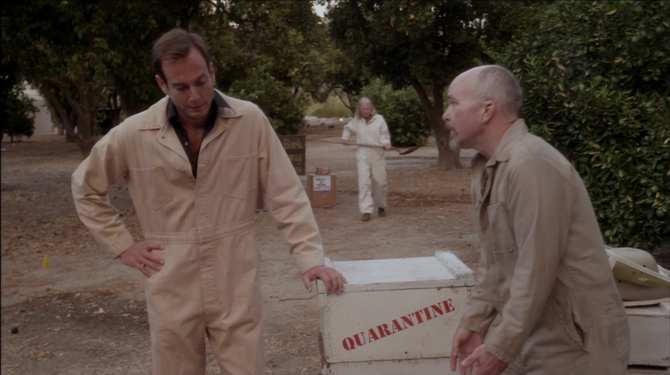 Johnny Bark is a hippie who is protesting "the expansion of high-cost, low-quality mini-mansions". Johnny Bark is also Marky Bark's father and Joan Bark's husband.

Johnny Bark camped out in a tree in the Bluth Company's land for the Sudden Valley subdivision.

Lindsay was ordered by Michael to lure him down, but she became caught up in his passion and decided to boycott the construction as well. At night she snuck down the tree to sleep in her own bed and Johnny Bark followed her to confess his love. She told him that he grossed her out at the same time the tree was torn down. ("Key Decisions")