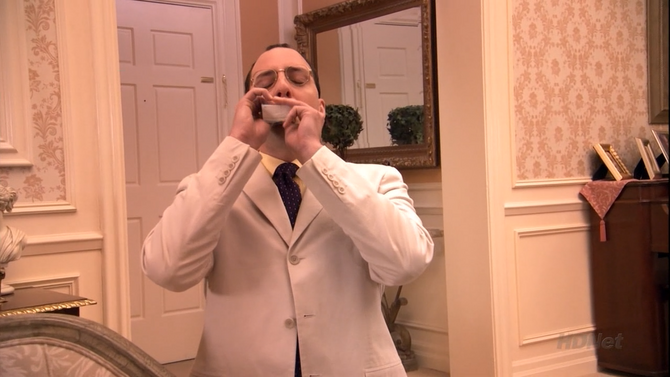 Buster loves juice. It seems to be like a drug to him. 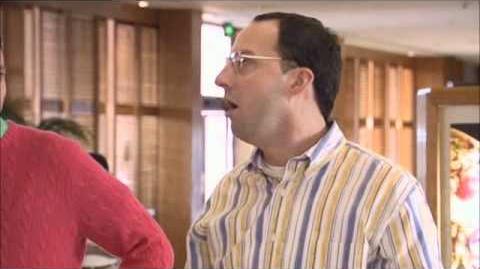 Lucille: No juice for you. It just makes you more awful.
From "Best Man for the Gob"

Buster: We have unlimited juice? This party is going to be off the hook!
From "Best Man for the Gob"

Buster: I love juice!
From "Best Man for the Gob"

Tobias: Michael, this is Jeff. He does all the horse work here. You’ll meet him again at the end. Plus he gets you your juice. Not your first juice, but the one you get at the spa.

From "Ready, Aim, Marry Me"

Buster: Yeah. I think that’s what I saw bite me. Now I just wish I could remember why I went in the ocean. Did we fight or something?

Lucille: Of course not. Although, I always have warned you against the ocean. So has your father.

Lucille: George, Sr. You need more juice. Where’s the juice?! Give my son the juice!

Lindsay: Wait a minute. You invited the Veals?

Michael: Only so that they’ll disapprove of us. I got to kill this pre-engagement somehow, and after Mom’s second vodka and after Buster’s second juice box, they’re going to forbid Ann from even seeing my son, much less taking his ring, and I’m still the good guy.

Lindsay: So, the devout religious family— they’re the bad guys?

Narrator: Restless, Buster went to the kitchen to find something to help him sleep, when he came across Lucille’s emergency stash of wine, which he mistook for a giant juice box.

Add a photo to this gallery
Retrieved from "https://arresteddevelopment.fandom.com/wiki/Juice?oldid=53130"
Community content is available under CC-BY-SA unless otherwise noted.