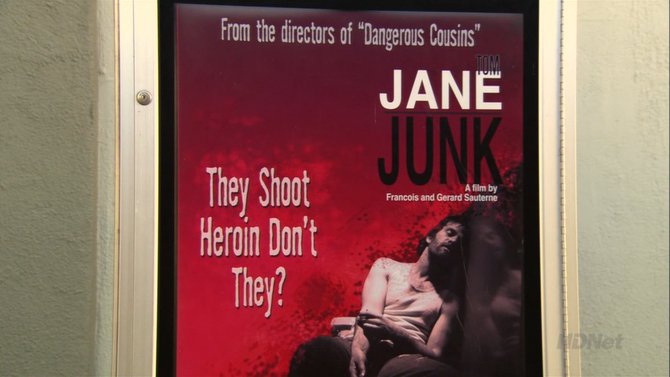 Junk
Appearances: "The One Where They Build a House", "Spring Breakout", "Mr. F"

Junk is a gritty personal project about a junkie's life, with Tom Jane.

Tom Jane was only allowed to make the movie in return for starring in a rigidly formulaic popcorn movie, Homeless Dad. It was directed by Francois and Gerard Sauterne, who also directed Les Cousins Dangereux. He was researching the life of homeless people when Lindsay thought he was a handsome movie star. When she found out he was homeless, she was disgusted. ("The One Where They Build a House")

Add a photo to this gallery
Retrieved from "https://arresteddevelopment.fandom.com/wiki/Junk?oldid=32386"
Community content is available under CC-BY-SA unless otherwise noted.