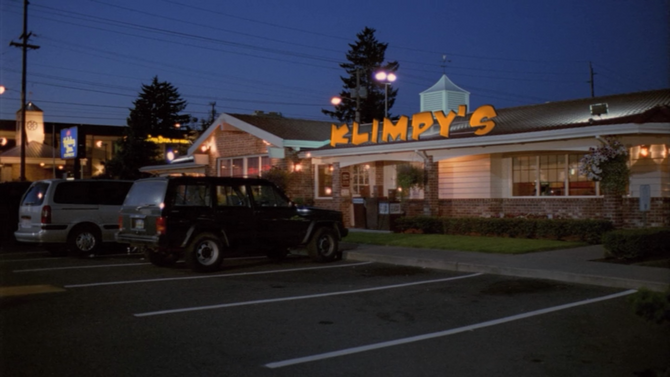 Lucille and Lindsay stopped at Klimpy's after being rejected from Rud for dinner. They are waited on by Loretta and get drunk and fight and the police are called. Their argument is reported in the newspaper. ("Public Relations")

Lucille Bluth: I'll have the Ike and Tina tuna.

Lucille Bluth: I don't understand the question, and I won't respond to it.

From "Public Relations"
Retrieved from "https://arresteddevelopment.fandom.com/wiki/Klimpy%27s?oldid=32391"
Community content is available under CC-BY-SA unless otherwise noted.