Actress, comedian, producer, writer
Kristen Wiig is an American actress and Comedian who appears as a young Lucille Bluth in Season Four of Arrested Development.

Kristen Wiig was born in 1973 in New York state. After dropping out of the University of Arizona, Kristen moved to Los Angeles to pursue acting and became a member of the reknown improv comedy troup The Groundlings. In 2005 she was cast in Saturday Night Live where she achieved national fame.

She left SNL in 2012 but continues to act and write in comedy movies and TV shows. She is very well known for writing and starring in the 2011 comedy Bridesmaids and her appearances in The Secret Life of Walter Mitty, Paul, MacGruber, Extract (with Arrested Development star Jason Bateman) Semi-Pro, Date Night, and Knocked Up. 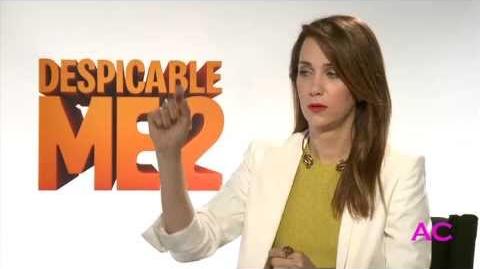 Retrieved from "https://arresteddevelopment.fandom.com/wiki/Kristen_Wiig?oldid=53817"
Community content is available under CC-BY-SA unless otherwise noted.