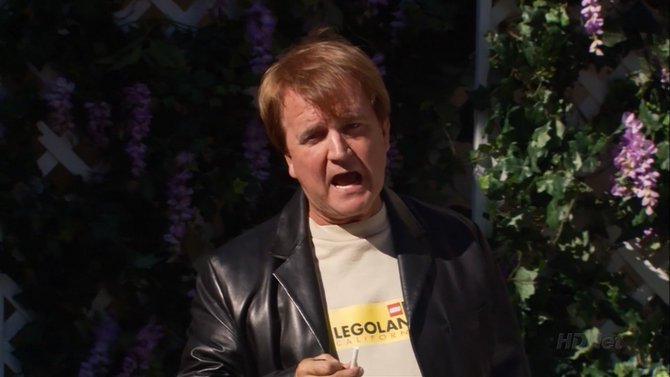 Legoland is an amusement park located in Carlsbad, California.

Michael tells G.O.B. he purchased two tickets to Legoland. When G.O.B. hears that it is for Michael and his son George Michael, G.O.B. replies, "Isn't he a little old for that". The next day, during an uncomfortable moment in the car with George Michael and Ann Veal, Michael tries to distract attention by bringing up Legoland. ("¡Amigos!")

Months later, Lucille and George attempt to deceive Uncle Trevor about Michael and Rita's location, telling him they went to Legoland. Uncle Trevor can later be seen wearing a Legoland shirt underneath his jacket, suggesting he did actually go there looking for them. ("The Ocean Walker")

Retrieved from "https://arresteddevelopment.fandom.com/wiki/Legoland?oldid=36545"
Community content is available under CC-BY-SA unless otherwise noted.