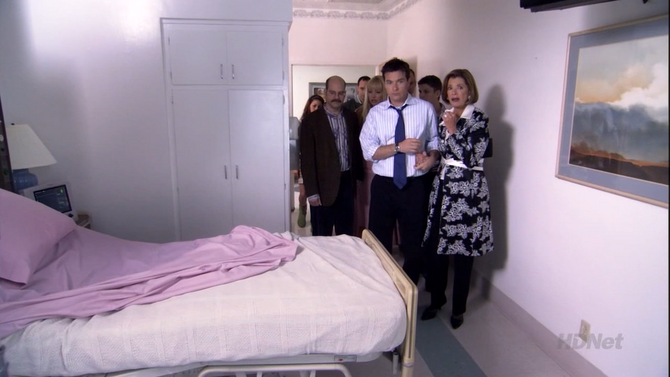 In the first season finale, George Sr. has a heart attack, and Maeby is jealous when George Michael likes another girl. Meanwhile, Lindsay decides to leave Tobias until a book he wrote a long time ago becomes a gay bestseller, and Buster and Annyong compete over women.

After agreeing to loan Lindsay some money, Michael receives a phone call from Kitty demanding a meeting. Michael meets the family at prison to discuss Kitty's call and his upcoming polygraph test. He agrees to meet with Kitty and giver her her demands but not find out what evidence she knows. He meets with her and she demands control of the Bluth company. He refuses and finds out that all she knows about is unpaid back taxes. Kitty later attempts to get G.O.B. and Buster to make power plays to displace Michael as head of the Bluth family, but to no avail.

Michael sees a report on FOX 6 about Bluth company model homes in Iraq and realizes his father's sins may be worse than he imagined. Michael asks his mother about the Iraqi business but she denies any knowledge. He then asked his father at prison who informed Michael that Lucille did know about the Iraq business. Upset at the lies and misdoings, Michael quits his job and storms out of the prison.

The next day at the courthouse, George submits to a polygraph but immediately faints. The family rushes to the hospital to see him and are informed by Dr. Fishman that "they lost him". Devastated, the family enters the room to see that George has escaped from the window.

The Man Inside Me

Lindsay asks Michael to borrow money for a bead store and he chastizes her for Lindsay's businesses. He agrees to give her the money and is later upset when she tells him that she has dropped the business because Tobias' self-help book The Man Inside Me has found a following in the gay community. At a reading at Livres Aux Folles Lindsay realized that although he has some money, he is still oblivious and decides to leave him.

Tobias and Lindsay meet back up at the hospital and she realizes that they do have one thing in common: their family.

With the Newport Beach population on the popular Atkins diet trend, the banana stand business is hurting. George Michael meets a girl named Ann while working at the stand and meets up to watch a FOX 6 report about the banana stand with her. 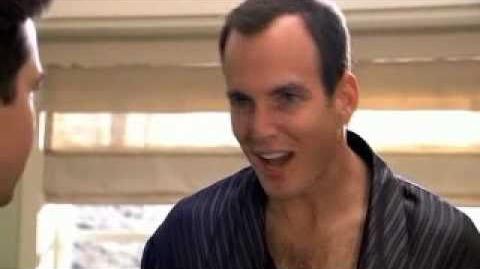