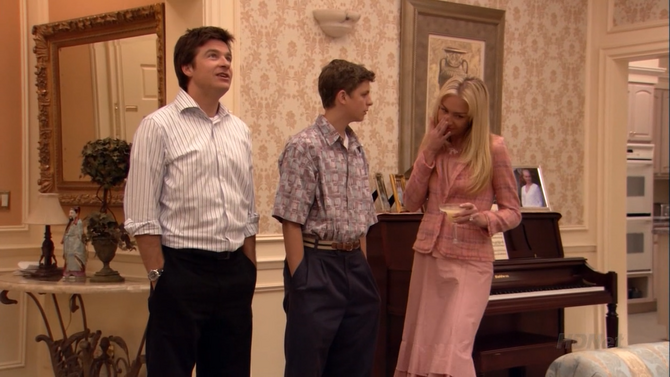 Lindsay had a nose job she had done when she was younger.

Michael: Yes I do, but that is not a family, okay? They’re a bunch of greedy, selfish people who have our nose. And Aunt Lindsay.

Michael: Not a real nose. Got a picture of her when she’s fourteen in a swimming cap. She looks like a falcon.

Michael: Okay, listen. I’m going to get the company checkbook, and don’t tell the family. We can’t give them the satisfaction of telling them that I need money, okay? Do you remember what we say about the family?

Lindsay: Oh, God. Not that “I’m in love with my mother” dance thing. I’m so glad there wasn’t one of those for daddies and daughters.

Lucille: Of course they have father-daughter dances.

Lindsay: They do? He never took me?

Lucille: It was before we did your nose. Toodaloo.

Lucille: I think my nose got smaller.

Michael: Well, wouldn't have been the first time

Retrieved from "https://arresteddevelopment.fandom.com/wiki/Lindsay%27s_nose_job?oldid=53131"
Community content is available under CC-BY-SA unless otherwise noted.