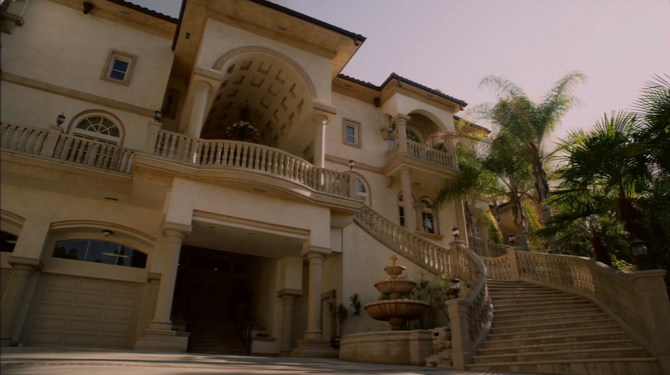 Lindsay and Tobias buy a mansion on a NINJA loan from James Carr.

After returning from India, Lindsay and Tobias decide to give their relationship another go and decide to buy a home together. They decide on a modest one-bedroom home but their realtor James Carr talks them into a lavish mansion, equipped with a butler's quarters and kitchen, wine cellar, and at least two gate houses. The house is located in the same neighbourhood John Beard lives in. They live in the mostly unfurnished house with their daughter Maeby until Lindsay runs off with Marky Bark ("Indian Takers") and Tobias runs off with DeBrie Bardeaux. ("A New Start") Maeby lives at the house alone until it is foreclosed upon, when she moves into her grandmother's penthouse at Balboa Towers. ("Señoritis")

Retrieved from "https://arresteddevelopment.fandom.com/wiki/Lindsay_and_Tobias%27_mansion?oldid=48057"
Community content is available under CC-BY-SA unless otherwise noted.