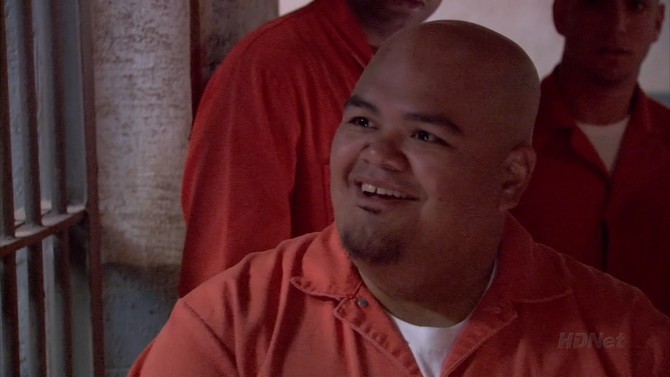 Little Justice, christened by George Bluth as David Ben-Avram is an inmate at Orange County Prison.

He was christened David Ben-Avram by George Bluth when he converted to Judaism. He was then hit on the head by White Power Bill. ("Staff Infection")

He later referred to himself a "friend of Dorothy" after Tobias causes White Power Bill to commit suicide. ("Missing Kitty")

Retrieved from "https://arresteddevelopment.fandom.com/wiki/Little_Justice?oldid=32403"
Community content is available under CC-BY-SA unless otherwise noted.