Liza May Minnelli (born March 12, 1946) is an American actress and singer. She is the daughter of singer and actress Judy Garland and film director Vincente Minnelli. As a musical artist, Liza put out several albums including Liza with a "Z". On Arrested Development she portrays Lucille Austero (often referred to as "Lucille Two"), the friend, neighbor, and chief social rival of Lucille Bluth.

Liza Minnelli was born on March 12, 1946, the daughter of Judy Garland and movie director Vincente Minnelli. She was practically raised at MGM studios while her parents worked long hours there and she made her film debut at fourteen months of age in the movie In the Good Old Summertime (1949). Her parents divorced in 1951 and, in 1952, her mother married Sidney Luft, with sister Lorna Luft and brother Joey Luft subsequently being born. Her father, Vincente Minnelli, later married Georgette Magnani, mother of her half-sister Christiane Nina "Tina Nina" Minnelli.

At sixteen, Liza was on her own in New York City, struggling to begin her career in show business. Her first recognition came for the play "Best Foot Forward" which ran for seven months in 1963. A year later, Judy invited Liza to appear with her for a show at the London Paladium. This show sold out immediately and a second night was added to it. Liza's performance in London was a huge turning point in both her career and her relationship with her mother. The audience absolutely loved Liza and Judy realized that Liza was now an adult with her own career. It was at the Paladium that Liza met her first husband, Peter Allen, a friend of Judy's.

Liza won a Tony award at age nineteen and was nominated for her first Academy Award at age twenty-three for the role of Pookie Adams in The Sterile Cuckoo (1969). Other dramatic roles followed and, in 1972, she won an Oscar for her performance as Sally Bowles in the movie Cabaret (1972). The seventies were a busy time for Liza. She worked steadily in film, stage and music. She and good friend Halston were regulars at Studio 54, the trendiest disco club in the world. Marriages to filmmaker Jack Haley Jr. and Mark Gero, a sculptor who earned his living in the theater followed. Each marriage ended in divorce.

Over the past years, her career has leaned more towards stage performances and she has a long list of musical albums which she continues to add to. She teamed with Frank Sinatra in his "Duets" CD and Sammy Davis Jr. joined them for a series of concerts and TV shows which were extremely well-received.

She has had to deal with tabloid stories of drug abuse and ill-health and has had a number of high profile stays at drug-rehabilitation clinics. Her hectic schedule may have slowed down in recent years, but she still has a large following of immensely loyal fans who continue to cheer her on. 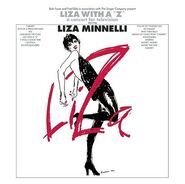 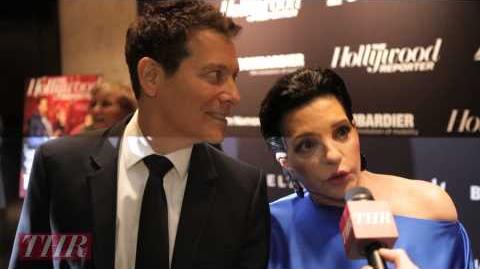