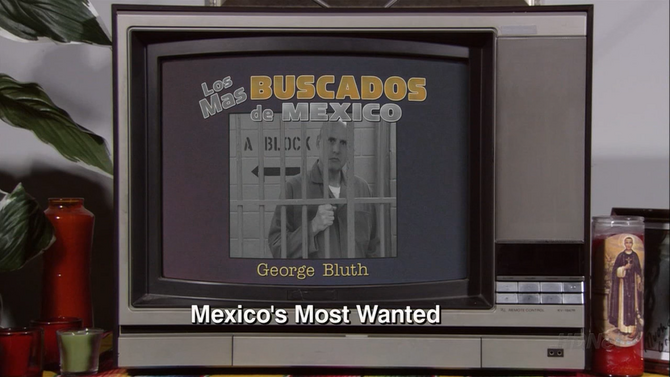 Los Mas Buscados de Mexico
Appearances: "The One Where They Build a House"

Los Mas Buscados de Mexico, or Mexico's Most Wanted is a TV program in Mexico.

According to the program, George Bluth was one of Mexico's most highly sought criminals for illegally selling The Cornballer. After bribing police in a Mexican prison, George was reported as dead, followed by a question mark. ("The One Where They Build a House")

Retrieved from "https://arresteddevelopment.fandom.com/wiki/Los_Mas_Buscados_de_Mexico?oldid=17574"
Community content is available under CC-BY-SA unless otherwise noted.