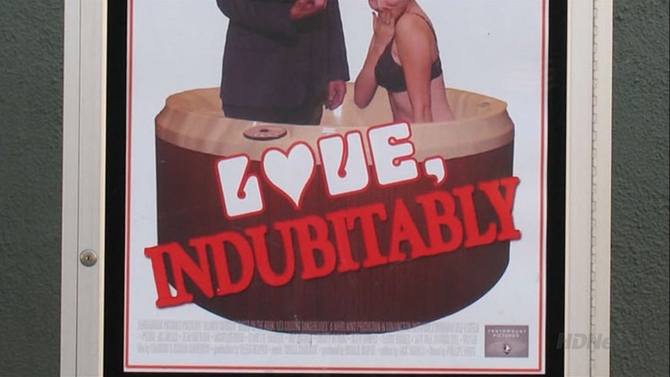 Love, Indubitably is a British romantic comedy produced by Tantamount Studios which stars Grant Hughes as the gentlemanly Sir Trevor Sturbridge. The film chronicles his relationship with a woman after he falls into a Jacuzzi with her.

The film comes from the director of Pardon Me, It Seems I've Fallen in Love and Tardy for Love: Forgive Me.

Michael and Rita saw Love, Indubitably during the day. However, the film suffered from poor reviews and low ticket sales so producers Maeby Fünke and Mort Meyers decided to recoup the lost budget by transforming the Hell Tunnel ride on the Tantamount Studios tour into the Tunnel of Love, Indubitably. ("Mr. F")

Add a photo to this gallery
Retrieved from "https://arresteddevelopment.fandom.com/wiki/Love,_Indubitably?oldid=32409"
Community content is available under CC-BY-SA unless otherwise noted.