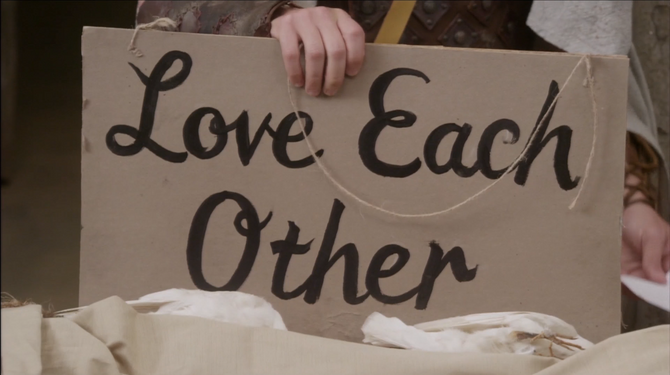 Love Each Other
Appearances: "Flight of the Phoenix", "Colony Collapse", "Queen B.", "A New Attitude" , "Blockheads", "Family Leave"

"Love Each Other" is repeated often throughout Season Four, mostly in connection with G.O.B..

Retrieved from "https://arresteddevelopment.fandom.com/wiki/Love_Each_Other?oldid=53183"
Community content is available under CC-BY-SA unless otherwise noted.