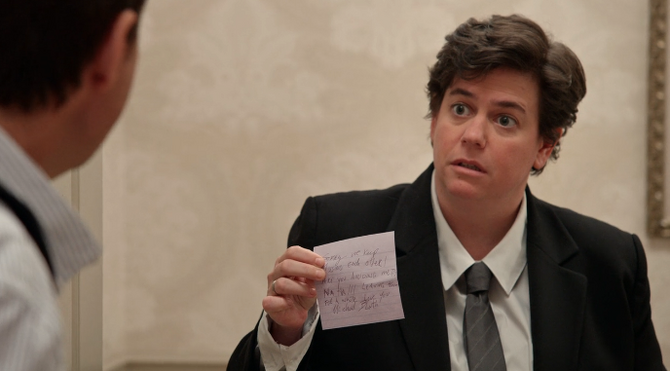 Lt. Toddler is a police officer investigating the disappearance of Lucille 2.

Lt. Toddler questions Michael Bluth at the Balboa Towers penthouse. ("Family Leave") She later is the "bad cop" interrogating the very honest Buster who turned himself in as a missing person. ("Everyone Gets Atrophy")

Michael later runs into her outside Rebel's Apartment building, which is also where Toddler lives. ("Sinking Feelings")

Toddler is last seen in the season finale in a poster for Guys and Dolls. She is starring as "Miss Adelaide". ("The Fallout")

Retrieved from "https://arresteddevelopment.fandom.com/wiki/Lt._Toddler?oldid=53833"
Community content is available under CC-BY-SA unless otherwise noted.