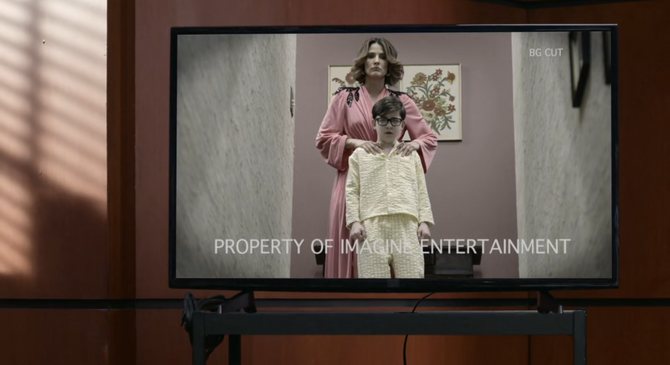 Making a Monster is a streaming series about Buster Bluth's childhood produced by Ron Howard and Brian Grazer of Imagine Entertainment.

The plot revolves around the life of the Bluths, slightly before the death of Lucille's mother Mimi. Earlier episodes of the show make many references to the Bluths' life in the present, such as Lucille's mistreatment of Lindsay, Michael's altruism, Buster getting in trouble in the water and G.O.B.'s discovery of magic. In the latest episode shown Buster kills Mimi by pushing her down the family's sea cottage's stairs because he thought she wanted to take him away, which is how the series supposedly ends.

Trying to not publicize Buster's legal troubles, Michael met with Ron Howard and asked him to pull the plug on what started as the Untitled Michael B. Project, but Ron convinced him keeping the project alive and centering it around Buster could help the Bluths get ahead of the story and control it. Michael ended up signing another contract, turning the project into a streaming series, much to Lucille's dismay ("Emotional Baggage")​ . Ironically, it's Lucille herself who, while drunk, would later reveal all the family secrets to Warden Gentles, who would then write a script based around them and submit it to Imagine Entertainment. ("Courting Disasters")​

From then on, Michael's involvement with the project mostly petered out, although he did let the crew shoot in the family's sea cottage despite Lucille's protests ("Saving for Arraignment Day")​. Early footage of the show was later used by the DA Lottie Dottie as proof that Buster was capable of murder and had murdered before. ("Courting Disasters")​

Maeby also contacted Lindsay, who had left to search for her birth parents and sent her a link to "Making a Monster" where one of the secrets revealed by Lucille was Lindsay's real origins, causing her to come back. ​("The Fallout")​

Add a photo to this gallery
Retrieved from "https://arresteddevelopment.fandom.com/wiki/Making_a_Monster?oldid=54057"
Community content is available under CC-BY-SA unless otherwise noted.