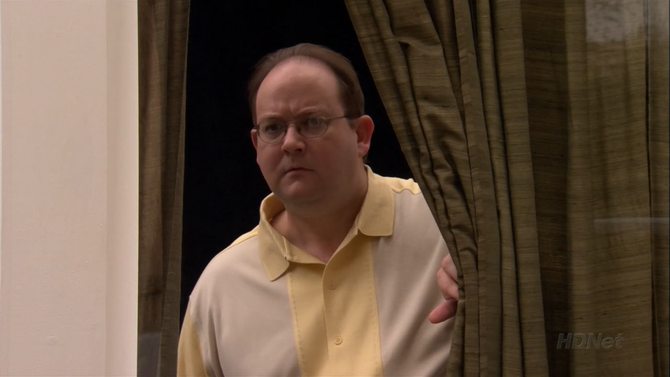 Marc Cherry is the creator of Desperate Housewives and appears on Arrested Development as himself.

Cherry's house is protested by Ann's church group over the sinful nature of Desperate Housewives. Cherry notices the protesters and exclaims that his show is a satire, causing Ann to kiss George Michael. ("Righteous Brothers")

Retrieved from "https://arresteddevelopment.fandom.com/wiki/Marc_Cherry?oldid=41293"
Community content is available under CC-BY-SA unless otherwise noted.