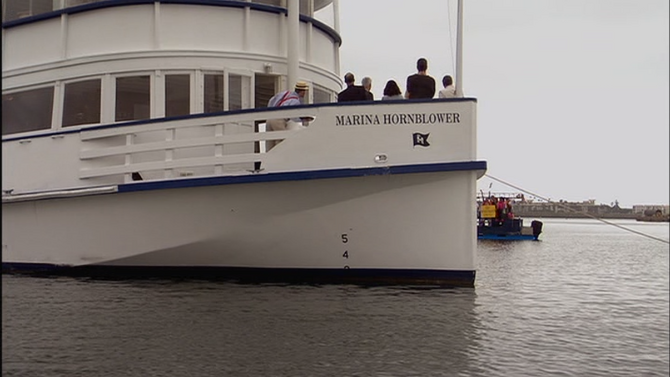 The Marina Hornblower was the boat George Sr. held his retirement party on.

The Marina Hornblower there that he was arrested by the S.E.C. although Buster and Lucille tried to grab the controls away from the Captain. ("Pilot")

Retrieved from "https://arresteddevelopment.fandom.com/wiki/Marina_Hornblower?oldid=43731"
Community content is available under CC-BY-SA unless otherwise noted.