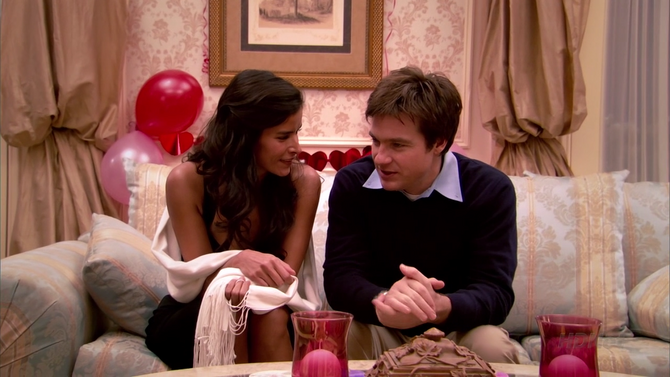 When Lucille throws an anniversary party for Tobias and Lindsay on Valentine's Day, Michael gives an impassioned speech about love. This makes Marta realize she has feelings for him and Lindsay realize she wants a divorce. Meanwhile, Buster decides to move out of the penthouse and Lucille revels in living alone for the first time.

In search of Hermano

At Lucille's Valentine's Day / Anniversary Party for Tobias and Lindsay, the Bluth family celebrates with Marta Estrella, G.O.B.'s on-again off-again girlfriend. The family chants for a speech and Michael takes the opportunity to say some words about the importance of family. Marta realizes that Michael is the Bluth man she should be with.

The next day, G.O.B. asks for Michael's help to track down "Hermano"—a man he suspects Marta is cheating on him with. Michael, who secretly is attracted to Marta, vows to help and tails Marta around the city all day and sees her buy a high-end men's suit. He follows her to the set of El Amor Prohibido and approaches two men who say that Hermano is the other. He loses her and finds her at the model house, where she asks him to dinner at her place.

They have a very nice dinner but Amable tells Michael that Hermano is in the bedroom. Michael confronts Marta and tells her he is disappointed that she would cheat on G.O.B. with another man. Amable shows Michael that "hermano" means "brother" in Spanish and Michael finds the suit Marta bought - with a love letter to Michael.

Buster on his own

Lucille Austero attends the Anniversary party as Buster's date. A jealous Lucille Bluth introduces her to Carl Weathers, much to the chagrin of Buster. The two hit it off and set a dinner date. Michael advises that Buster move out and he attempts to move next door with Lucille Austero, but she is in Carl's company making stew. Buster takes his possessions to the model home where he sees Marta. He realizes he has been dating an old lady and falls in love with her, and spends his time watching her soap opera and learning Spanish.

Lucille visits George in prison to express her fear of being alone. He suggests she watch his Caged Wisdom video to calm herself. She leaves and finds that living alone can be enjoyable, by eating cake and drinking wine all night.

Rough water for the Fünkes

Also at the Anniversary party is Carl Weathers -- Tobias' acting coach. He continues to give Tobias lessons on thrift, including how to make stew. Tobias gets upset that he's not learning much about acting and asks for his $1,100 back. Carl does manage to get Tobias an audition for the role of Frightened Inmate #2, which he lands. Tobias is excited for the role, but devastated when he finds out it is a shower scene.

Michael's speech at the party inspires Lindsay to get a divorce from Tobias, claiming that his Never Nude affliction is giving them intimacy issues. The Fünkes change bedrooms in case Lindsay and Maeby and her need to bolt in the night. George Michael is now sharing a room with Tobias, and he fears Tobias has figure out his crush on Maeby based on a "maybe tonight" candy heart that was thrown at Tobias. Tobias does tell George Michael that he and Lindsay couldn't conceive, which starts George Michael on a DNA witch hunt. 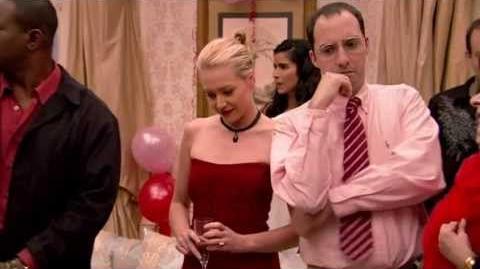