Mary Lynn Rajskub is an American actress, comedienne who portrays Heartfire in 2 episode of Arrested Development in Season Four.

She was born Mary Lynn Rajskub on June 22, 1971 in Detroit, Michigan. In 1995, Rajskub made her debut on television, she was cast by David Cross as one of the original cast members of Mr. Show with Bob and David. While she has been mainly a television star, namely in 24, she has offered mesmerizing performances in Mysterious Skin (2004), Sweet Home Alabama (2002), and in Punch-Drunk Love (2002).

Premiere Mary.jpg
Add a photo to this gallery 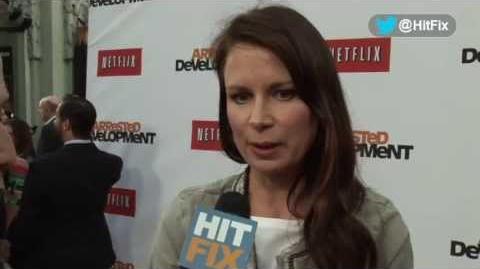 Retrieved from "https://arresteddevelopment.fandom.com/wiki/Mary_Lynn_Rajskub?oldid=35918"
Community content is available under CC-BY-SA unless otherwise noted.