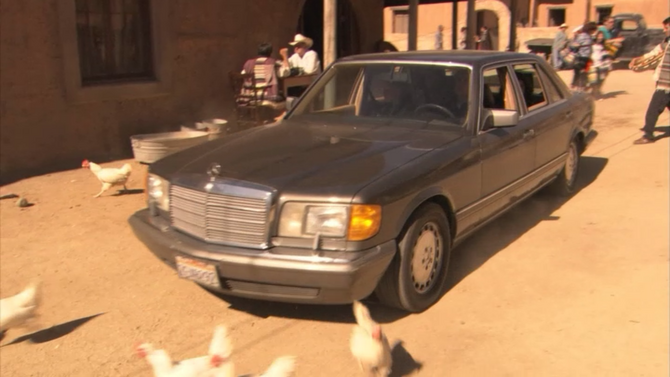 The family own a Mercedes-Benz W126 S-Class, and is normally referred to as George Bluth's car.

George was quite particular about keeping the car clean, not allowing Michael Bluth to eat ice cream inside (though he relented, resulting in ice-cream stuck to the roof).

Many years later, while George was in prison, his children treated it terribly: G.O.B. scorched part of the car while attempting to perform an illusion, Lindsay Bluth Fünke spilled nail polish all over, and Buster Bluth had various items left inside from his archaeological dig (including a skull). ("Charity Drive")

There is a rota for using the car on the Ladies of Literacy calendar, but Michael Bluth studiously avoided looking at it and was not told, much to his annoyance.

Add a photo to this gallery
Retrieved from "https://arresteddevelopment.fandom.com/wiki/Mercedes-Benz_W126_S-Class?oldid=39625"
Community content is available under CC-BY-SA unless otherwise noted.