In 2005, he starred as Harold in the award winning short film Darling Darling, for which he was awarded Best Actor at the San Gio Festival in Verona, Italy. Cera starred alongside Jonah Hill in the film Superbad, which was written by Seth Rogen and Evan Goldberg. The film opened in North America on August 17, 2007. In November 2007, he hosted Saturday Night Live on strike, a live staged version of SNL not shown on television due to the 2007 Writers Guild of America Strike.[17] Also in 2007, Cera co-starred in Juno as Paulie Bleeker, a teenager who impregnates his long-time school friend Juno (Ellen Page).

For Superbad and Juno, Cera won Breakthrough Artist in the Austin Film Critics Association Awards 2007. He also starred alongside Jack Black in the 2009 comedy Year One. In 2009, Cera's first published short story, "Pinecone", appeared in McSweeney's Quarterly. In January 2010, Cera starred in a film adaptation of the novel Youth in Revolt, in the role of the lead character, Nick Twisp, and his destructive "supplementary persona", François Dillinger. Cera played the title character in the film adaptation of the graphic novel Scott Pilgrim vs. the World, released in August 2010. He also worked with Silva in another Chilean film released in 2013 titled Crystal Fairy & the Magical Cactus. He played an exaggerated version of himself in the apocalyptic comedy film This Is the End, which was released in summer of 2013 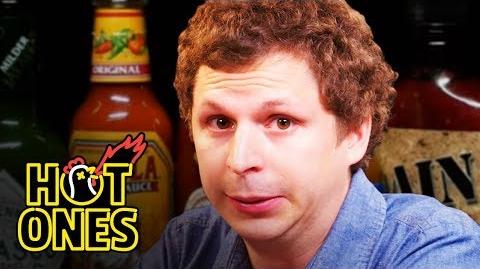