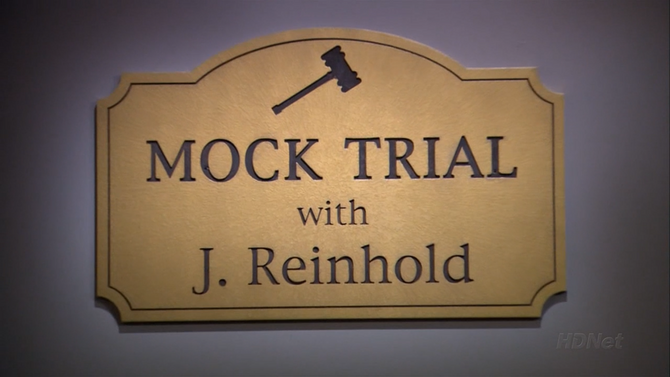 Mock Trial with J. Reinhold is a courtroom show with Judge Reinhold serving as judge, to be shown on Justice TV. The show is produced by Jan Eagleman, and was originally under the title Judge Reinhold. It includes a musical group called Hung Jury lead by William Hung. 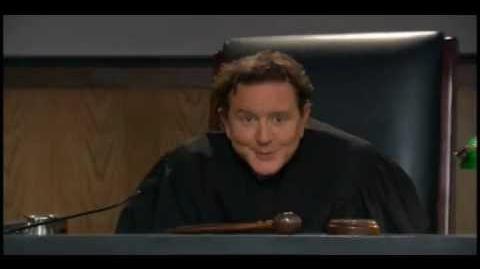 A Variety.com advertisement teased "This fall... justice will be done!" with the name Reinhold. ("S.O.B.s")

The Bluth family used the pilot of the series as a trial run for their legal defense against the SEC. Michael acted as lawyer, mirroring his aspirations from The Trial of Captain Hook. It appeared that Michael wasn't even trying, but he got Judge Reinhold to call a mistrial when a tape player inside Franklin Delano Bluth revealed that Michael was threatened by Wayne Jarvis. ("Fakin' It")

Magazine ad: My name is Judge.
From "Fakin' It"

The show used talking magazine ads which said "My name is Judge" when opened, which G.O.B. attempted to use to make Franklin talk. ("Fakin' It")