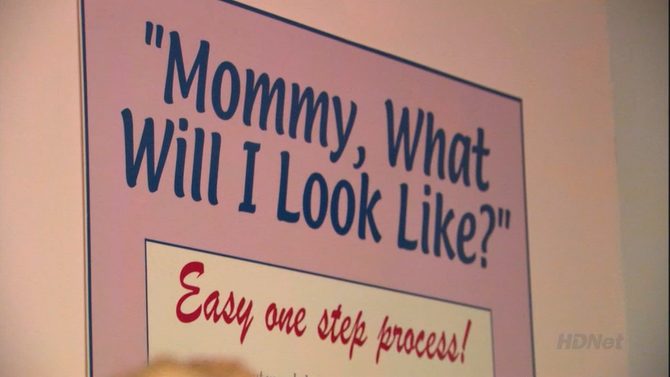 Mommy, What Will I Look Like?
Appearances: "Let 'Em Eat Cake" — Mentions: "The One Where They Build a House", "Burning Love", "Indian Takers", "A New Start"

Mommy, What Will I Look Like? is a photo-aging service for parents who want to see what their children will look like in 50 years time. It was one of Lindsay's businesses and failed because parents were put-off by the ugly photos that came out. Lindsay blamed it on the ugly kids. ("Let 'Em Eat Cake")

Signs for the company are used by the Fünkes to usher a duck into their mansion's oven. ("Indian Takers") Signs are also kept in the back of Tobias' Volkswagen Cabriolet. ("A New Start")

Michael Bluth and Sally Sitwell's hypothetical child ("Out on a Limb")