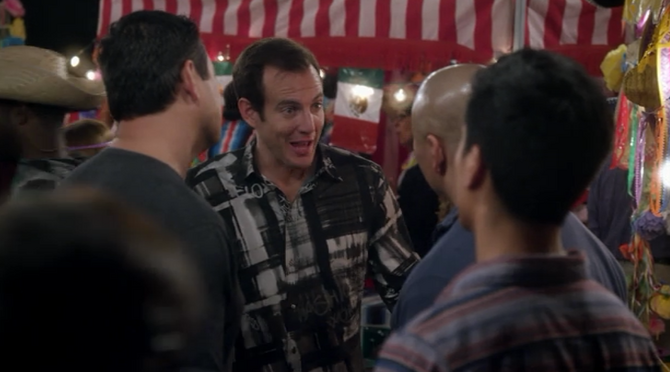 The Mongolian Horde is a group of people hired by G.O.B. to build the wall between Mexico and America.

When Lindsay is making her speech at Cinco de Cuaro and the crowd start chanting to put up the wall. The Horde rushes onto the stage; snatching the necklace Herbert Love bought Lindsay. (4x08 — "Red Hairing")

G.O.B. tells Mongolian horde that they won't get paid for building the wall because The Bluths are broke;leading them to plunder and ravaging Cinco de Cuatro in retaliation, during the act of which they are mistaken for a group of rioting Latin-Americans. (4x15 — "Blockheads")

Add a photo to this gallery
Retrieved from "https://arresteddevelopment.fandom.com/wiki/Mongolian_Horde?oldid=34456"
Community content is available under CC-BY-SA unless otherwise noted.