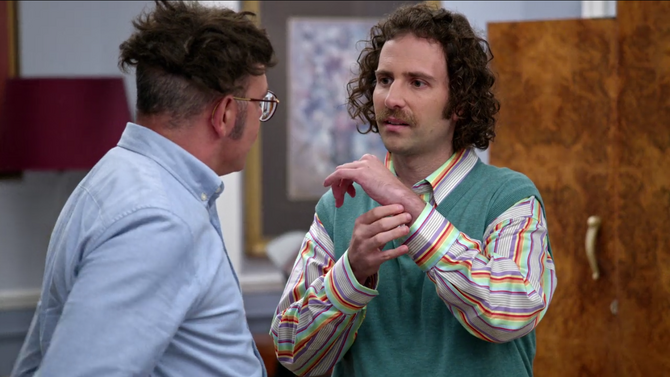 Murph is with the Bluth family in Lucille Austero's penthouse recording videos for Lindsay's Congress Campaign. He is dressed as Buster but is very reluctant to act despite Tobias's prodding. He and Tobias try to act together, portraying many members of the Bluth family. He portrays Michael and Lucille 2. In "Sinking Feelings" Tobias says he is his son. In "Emotional Baggage" the two go to Mexico, where Murphy Brown sees an armadillo and works for Ma Bark, who offers to buy him, but Tobias refuses. Father and son come back to Newport Beach for the parade, along with DeBrie. In "Premature Independence" Murphy Brown dresses as a clown and gets hurt. He ends up at the hospital.

Retrieved from "https://arresteddevelopment.fandom.com/wiki/Murphy_Brown_F%C3%BCnke?oldid=53890"
Community content is available under CC-BY-SA unless otherwise noted.