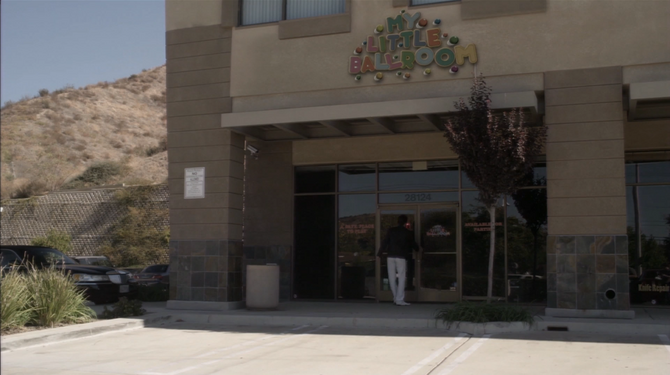 Tony Wonder invites G.O.B. to a bar called "The Little Ballroom" and Siri takes him to the children's playplace My Little Ballroom. Michael and Gene Parmesan track him there and Michael confronts him about dating Rebel Alley. The brothers fight, and although they temporarily crash through into Thin Wally's Knife Store they don't hurt each other and just become exhausted. G.O.B. finally convinces Michael that he is not seeing Rebel, and tells him that he filled all the homes in Sudden Valley with sex offenders. ("A New Attitude")

Add a photo to this gallery
Retrieved from "https://arresteddevelopment.fandom.com/wiki/My_Little_Ballroom?oldid=48058"
Community content is available under CC-BY-SA unless otherwise noted.