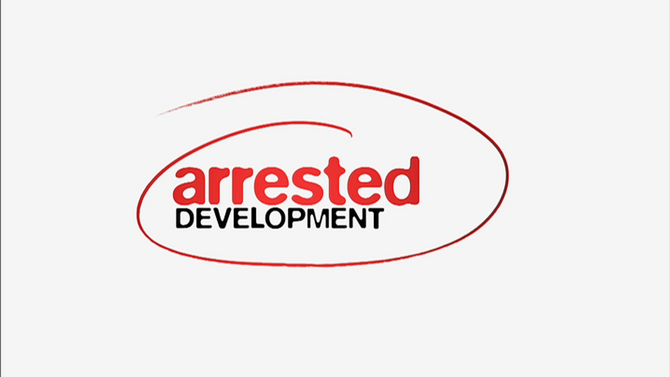 The Narrator, voiced by Ron Howard, narrates the events of Arrested Development from a third-person perspective. Ron Howard is not directly credited for the role, but he does voice the narrator in all 84 episodes.

Connection to the Bluths

It is never clearly stated how the narrator is related to the Bluth family. It is intentionally left ambiguous whether the Ron Howard character that appears in "Development Arrested" and Season Four is supposed to be the narrator of the series or if it just a coincidence. On a couple of brief occasions, it is suggested that Ron Howard is the narrator, as seen in "Fakin' It" when a hand with an "RH" ring turns the page of a magazine and in "Exit Strategy" when George Michael sends Ron Howard an invitation to Maeby's 16 birthday party and the following line of dialog occurs:

Maeby: So, did you send [an invitation] to everyone in my address book?

Narrator: And a lot of us just didn’t want to drive down to Orange County.

Season Four does not offer a straight answer to the question, as the Narrator on one hand constantly refers to the on-screen Ron Howard in third person, but on the other hand always tries to paint Ron Howard, and his daughter Rebel Alley, in as positive a light as possible.

In May 2013, Ron Howard was interviewed for a TIME magazine article about Season Four, and in an excerpt he said:

James Poniewozik: Without spoiling anything you don’t want to spoil, can you talk a little bit about your acting role in the new season?

Ron Howard: I’m not a central figure. But I am a plot point. And I particularly enjoy that the narrator is oblivious to who is Ron Howard. He couldn’t care less who this Ron Howard person is. Just another specimen to be examined. [1]

Jessie Bowers: [to George Michael] Daddy lost his shot at happy, and it's all your fault, Opie.

Narrator: Jessie had gone too far, and she had best watch her mouth.

Michael: Okay, that would be disgusting if you’d actually slept with her, but I don’t think you did.

Narrator: They didn’t, but it would have been.

Narrator: Due to poor acting, the burden of the story was placed on the narrator.

Scandalmakers Narrator: ...only to be found hiding under one of the homes that he himself built.

Narrator: He was actually found in a hole near the house, but this inattention to detail was typical of the laziness the show’s narrator was known for.

Tobias: [As George] I cannot survive under the house. Perhaps an attic shall I seek.

G.O.B.: Worth every penny. Even you have to admit that that was the lamest thing ever put on tape.

Narrator: Not so. Buster had once videotaped himself recreating moments from his then favorite film, Chicago.

Narrator: Now that's a clear cut situation with the promise of comedy. Tell your friends!

Michael: And you did things with [Nellie]?

Narrator: Well, if you consider crying like a girl doing something.

From "Family Ties"
Community content is available under CC-BY-SA unless otherwise noted.
Advertisement