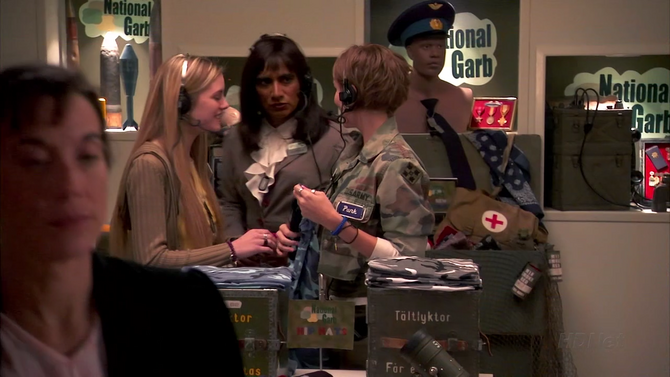 National Garb is a clothing store in Newport Beach, California.

While shopping at National Garb, G.O.B. met Shannon and Nazhgalia, two clerks who worked at the armed forced-themed clothing store. He asked them out for a double date with Michael. ("Shock and Aww")

Retrieved from "https://arresteddevelopment.fandom.com/wiki/National_Garb?oldid=20823"
Community content is available under CC-BY-SA unless otherwise noted.