Netflix is an online TV and film streaming service.

Netflix bought the rights in to broadcast the episodes of Arrested Development's fourth season. The episodes were a joint production between Netflix, 20th Century Fox Television, and Imagine Entertainment. The partnership was announced on November 18, 2011.

Netflix is the world’s leading internet television network with over 100 million members in over 190 countries enjoying more than 125 million hours of TV shows and movies per day, including original series, documentaries and feature films. Members can watch as much as they want, anytime, anywhere, on nearly any internet-connected screen. Members can play, pause and resume watching, all without commercials or commitments.

The fourth season of Arrested Development premiered on the streaming service in all Netflix-supported regions on May 26, 2013 to "pleasing" viewship numbers to Netflix CEO Reed Hastings and Chief Content Officer Ted Sarandos. Mitch Hurwitz and Sarandos have stated multiple times in 2013 that they wish to work together to produce more Arrested Development, be it Season Five or a Movie. The first through third season are also available on Netflix's instant streaming service.

For each of Netflix's original series, they design a customized interface for all streaming devices to show off the episodes and characters. For Arrested Development, they continued the orange shipping container motif used in the rest of their Season Four marketing materials.

On the web, console, and tablet interfaces, Netflix advertised Arrested Development by highlighting the most popular clips from Seasons One through Three, as voted on by Facebook fans. 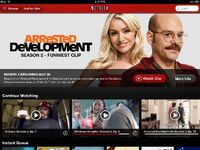 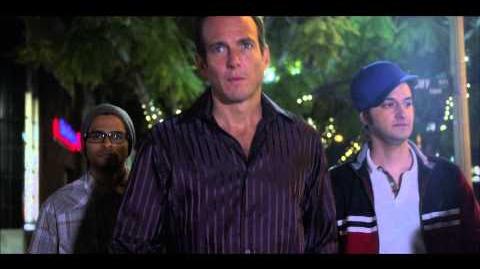 Netflix original series - The Future of Television is Here 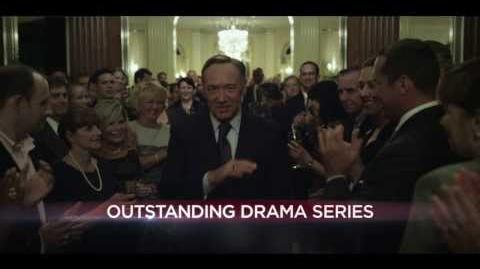 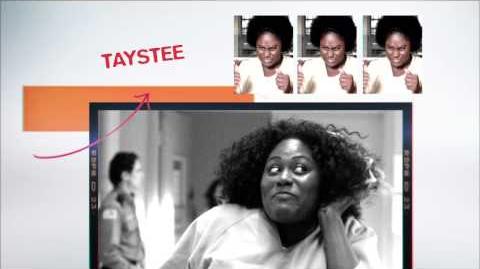 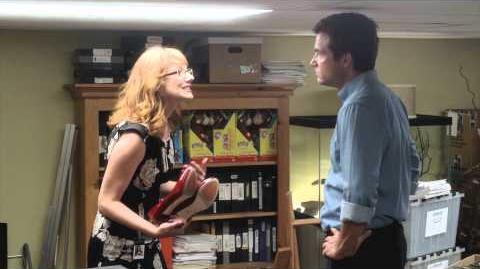 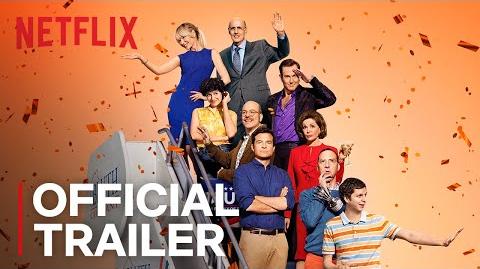 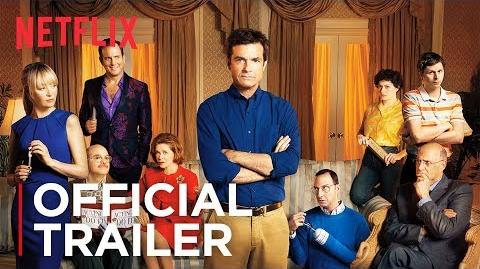 After securing the rights to the fourth season, Netflix began hiding Arrested Development Easter Eggs throughout their library.

In December 2012, Netflix added 10 fake TV shows and movies to their library from Arrested Development. In March 2013 they added five additional titles. Selecting the titles would play clips from the relevant episode:

Bananas as stars on Netflix

A "Milk" note in the Netflix carousel.

A "Milk" note in the Netflix carousel.

In the fourth and fifth seasons, several nods to the streaming service are hidden: