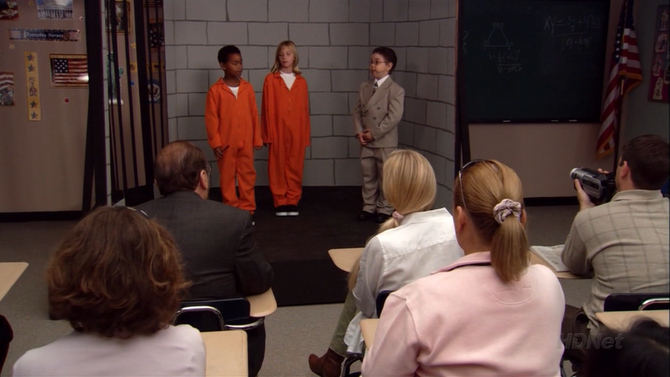 Child inmate: Anything can happen when two people share a cell, cuz.

The first draft of the script was given to Tobias to give to Carl Weathers by Warden Gentiles when Tobias checked into Orange County Prison to research the roll of Frightened Inmate #2. It is unknown if it ever reached Mr. Weathers. ("Staff Infection")

Warden Gentiles rewrote it after George fooled him by having Oscar captured and sent to prison. Warden Gentiles missed a promotion and rewrote the script. ("Prison Break-In")

An earlier draft of the script had the warden giving the wife crabs. Lucille told Gentiles that chlamydia was a much better venereal disease to use as revenge.

A stage reading of the screenplay by some elementary school children was "very well received." Gentiles pitched the movie to Maeby Fünke of Tantamount Studios, who didn't bite.

Warden Gentiles: I think you will find the dessert both engrossing and high grossing.

African-American Boy Inmate: Nobody sells any coke in this pen without daddy getting a taste.

Boy Gentiles: Beat him with a pillow case full of batteries.

Girl Lucille: You were just using me to get even with the man who broke out of your prison?

Boy Gentiles: That escape cost me my promotion. And you’ll pay for the loss of $2,300 a year.

Girl Lucille: But you gave me presents. We made love.

Boy Gentiles: I’ve given you one last present. Enjoy the chlamydia, Lucille. (Laughs.) Take this newly-diseased woman to the hole. (Laughs.) 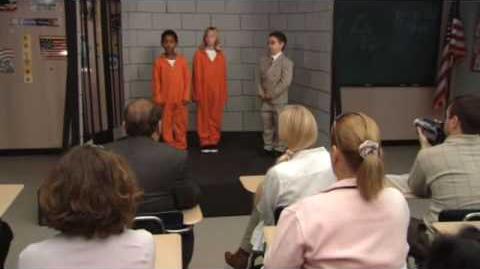 Retrieved from "https://arresteddevelopment.fandom.com/wiki/New_Warden?oldid=37662"
Community content is available under CC-BY-SA unless otherwise noted.