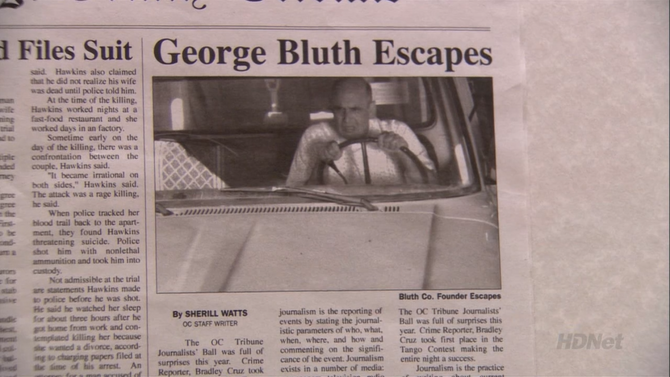 Newspapers are a frequently-used narrative technique in Arrested Development. Many times, the papers will include hidden jokes. The newspaper of Newport Beach appears to be titled Orange County Tribune.

Retrieved from "https://arresteddevelopment.fandom.com/wiki/Newspapers?oldid=32466"
Community content is available under CC-BY-SA unless otherwise noted.