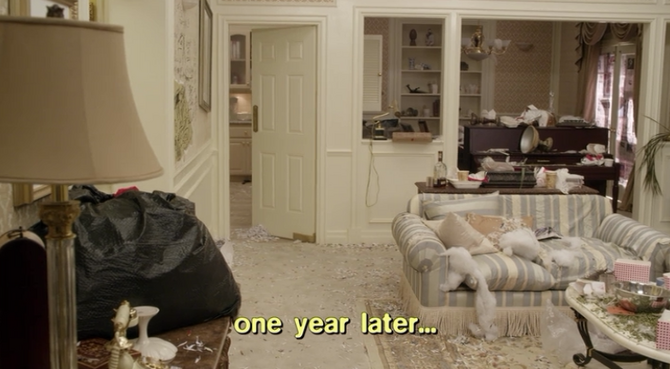 "X... No, Y." "It was Z." is a running joke throughout Season Four of Arrested Development. Reacting to damage to Lucille's apartment, both Michael and Tobias take two guesses at the perpetrator, before being corrected by the Narrator.

Michael guesses Buster and G.O.B. to be the cause of the destruction of Lucille's penthouse. ("Flight of the Phoenix") When Tobias sees the same wreckage, he guesses Michael and George Michael. ("A New Start") It was actually Lindsay and her boyfriend Marky Bark with Cindy the Ostrich, who caused most of the damage. ("Colony Collapse")

Later, at the Sudden Valley Model home, Michael and G.O.B. find packs of lemonade, when the homes should have been empty. Michael guess Lindsay and Tobias, but it was actually John Beard, who had been living in the home to film the latest episode of To Entrap a Local Predator with Maeby's permission. ("Double Crossers")

Retrieved from "https://arresteddevelopment.fandom.com/wiki/No..._It_was...%3F?oldid=46456"
Community content is available under CC-BY-SA unless otherwise noted.