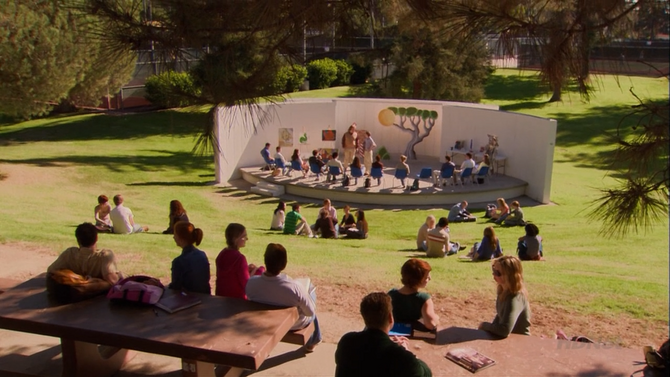 Lindsay and Tobias pay a high tuition for Maeby to attend the progressive school Openings but she is expelled for excessive truancies. Michael then has George Michael attend.

Uncomfortable with writing about his feelings, George Michael cheats by having Maeby write about her father, and George Michael presents it as his own and frightens himself, Michael, and his teacher Donnie Richter. Michael then threatens to poison Donnie. ("S.O.B.s")

Michael: Oh, great. That sounds like another one of those gradeless, structureless, new age feel-gooderies.

Lindsay: They teach self-expression and getting in touch with feelings, Michael. I mean, I know you don’t have any.

Add a photo to this gallery
Retrieved from "https://arresteddevelopment.fandom.com/wiki/Openings?oldid=32476"
Community content is available under CC-BY-SA unless otherwise noted.