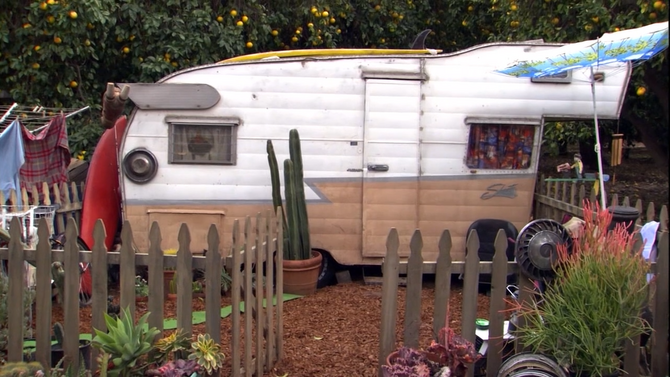 Oscar's trailer
Appearances: "Whistler's Mother", "Not Without My Daughter" — Mentions: "The One Where Michael Leaves"

Oscar Bluth owns a trailer which he parks on his lemon grove. He lives in the trailer and occasionally drives it around, such as to soccer games.

It is first seen in "Whistler's Mother" and in the following episode "Not Without My Daughter". It is impounded but not seen in "The One Where Michael Leaves", causing Oscar to become homeless and move into Balboa Towers with Lucille.

The trailer is a vintage 1964 Shasta Astroflyte trailer.

Retrieved from "https://arresteddevelopment.fandom.com/wiki/Oscar%27s_trailer?oldid=39809"
Community content is available under CC-BY-SA unless otherwise noted.