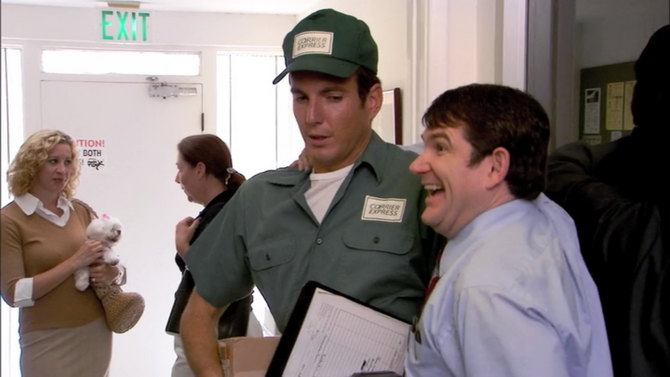 The Permit Office is broken into by George Michael and Maeby.

When Kitty tells Michael that George never filed some building permits, George tells Michael to have G.O.B. break into the Permit Office to misfile them.

G.O.B. plans to scout out the office before breaking in, but, after chipping a tooth on a caramel apple, he starts whistling when he speaks and draws attention to his cover as a Courier Express delivery man.

He delegates the task to George Michael and Maeby. They are caught by security guards but George Michael lets Maeby escape so he can take the heat. ("Charity Drive")

Add a photo to this gallery
Retrieved from "https://arresteddevelopment.fandom.com/wiki/Permit_office?oldid=32489"
Community content is available under CC-BY-SA unless otherwise noted.