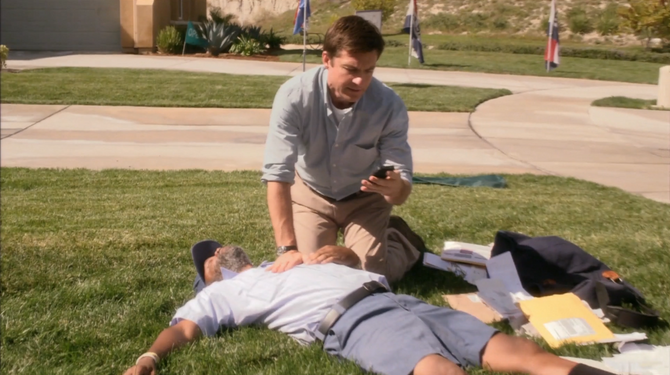 Pete the Mailman
Appearances: "Flight of the Phoenix", "A New Start"

Pete passed away in Sudden Valley in Autumn 2011 with Michael by his side. His dying words were "Love Each Other". After his death, Michael was so distraught that he moved into George Michael's dorm room at UC Irvine. ("Flight of the Phoenix")

Pete's "R.I.Pete" funeral procession is seen in the background of James Carr's funeral. ("A New Start")

Retrieved from "https://arresteddevelopment.fandom.com/wiki/Pete_the_mailman?oldid=38589"
Community content is available under CC-BY-SA unless otherwise noted.