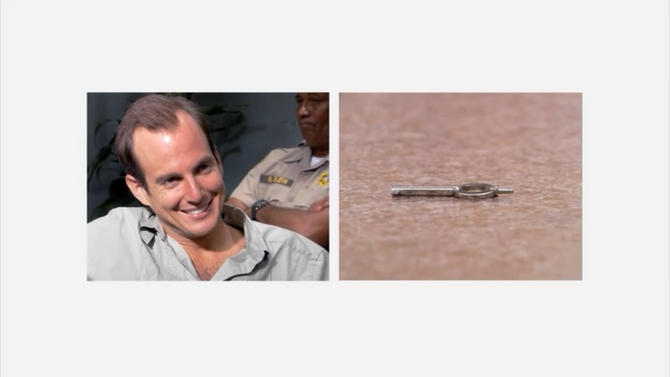 G.O.B. attempted a prison escape illusion as a publicity stunt to boost his magic career. He announced the illusion on ¡Acceso Mexico!.

G.O.B. swallowed a key and was incarcerated at Orange County Prison with the permission of Warden James Buck. He planned to pass the key and escape the prison.

When it came time for him to pass the key, he couldn't use the restroom without privacy. He unplugged the ice cream sandwich machine to distract the guards and asked Michael to bring the stair car but Michael rode his bike. G.O.B. was then stabbed by White Power Bill in the prison's courtyard and was rushed to the hospital. ("Key Decisions") G.O.B. considered the trick successful, but the Warden did not. ("Visiting Ours")

Retrieved from "https://arresteddevelopment.fandom.com/wiki/Prison_escape_illusion?oldid=32500"
Community content is available under CC-BY-SA unless otherwise noted.